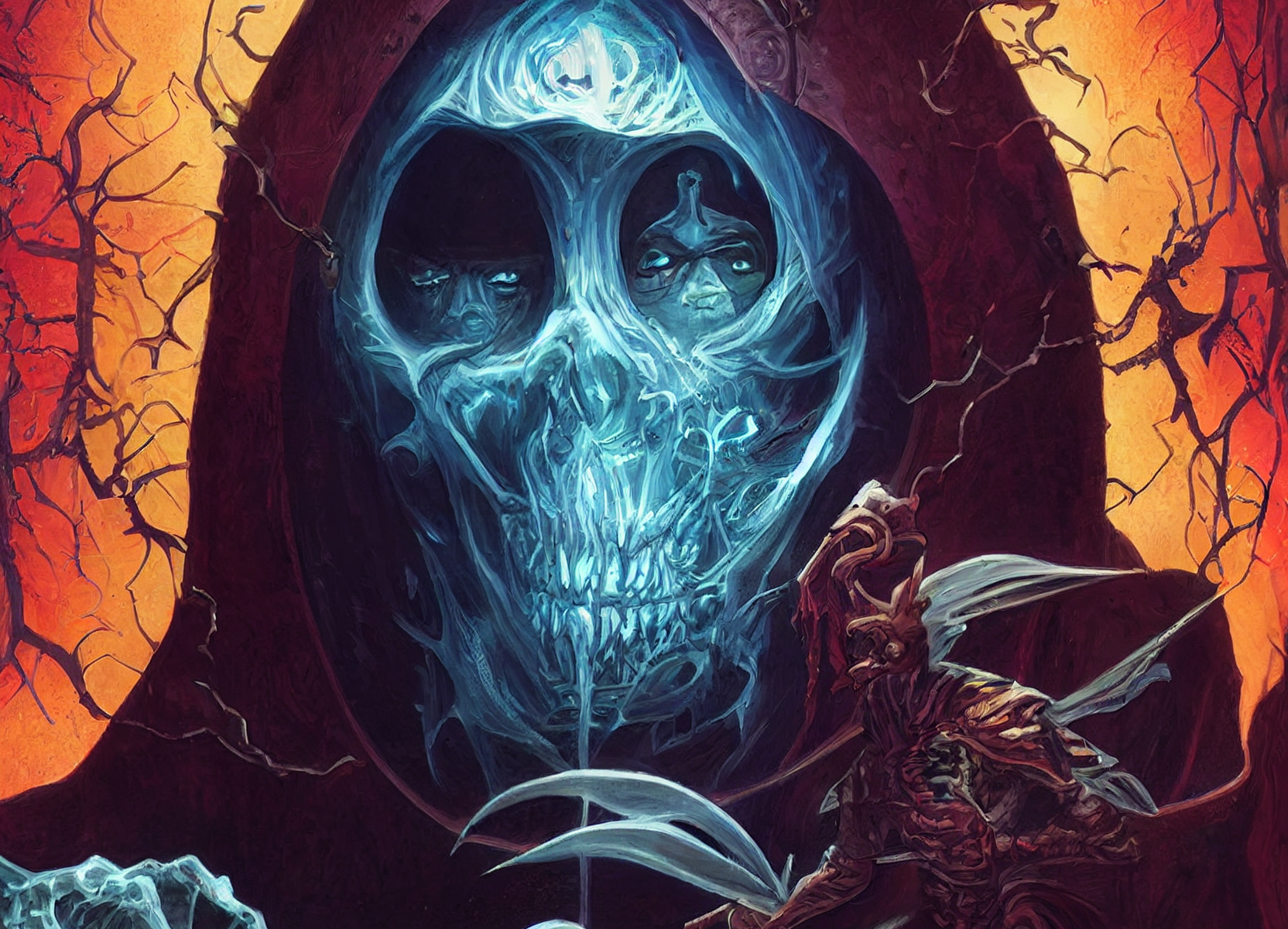 Today’s AI art gallery is a collection of images of a necromancer in a void that were generated by the Midjourney art bot. The bot was asked to render these images in the style of renowned science fiction and fantasy illustrator Frank Kelly Freas. Let’s see what the bot came up with.

If you have any comments or questions about the images above, the bot’s generation and rendering of them, or anything else to do with AI art, please feel free to leave them below.

Until next time, see you in your nightmares. 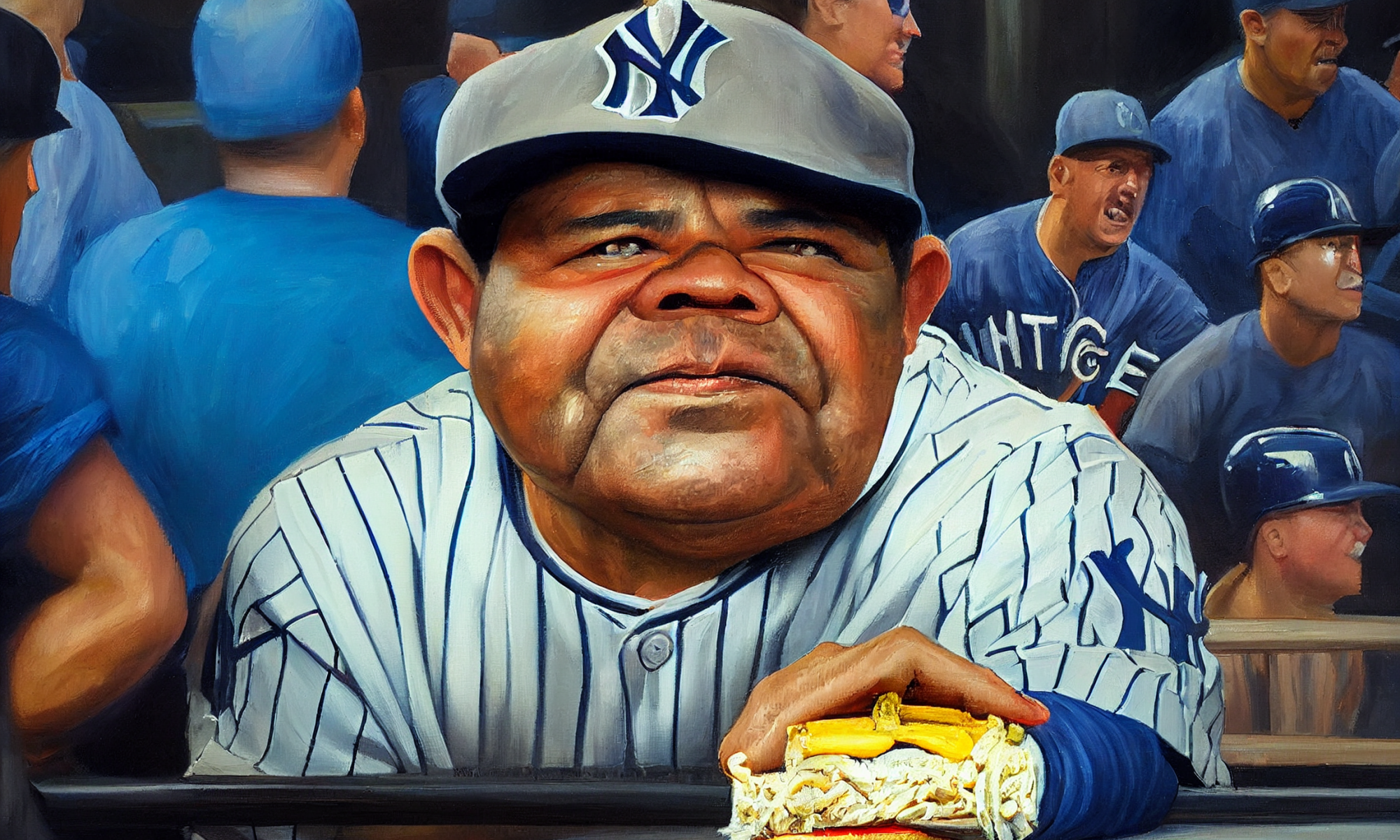 The Midjourney bot takes on the Sultan of Swat

In honor of Aaron Judge of the New York Yankees hitting his 60th home run of the 2022 Major League Baseball season, tying the mark first set by legendary Hall of Famer Babe Ruth in 1927, I decided to call on the Midjourney AI artwork bot to create images of Ruth’s ghost sitting in the dugout and eating a hot dog—something he was known to do often—while watching Judge hit that 60th homer. The results where not exactly what I expected. In fact, they where anything but. Many of them were just downright weird.

I ended up making a shit-ton of these images, with many variations, trying achieve a desired result. I didn’t exactly get it. For one thing, the first batch of images only included Ruth without Judge. Perhaps the bot’s database includes many more reference images of Ruth, an iconic figure whose big league career spanned two decades, whose legacy has existed for many decades after that, and whose fame transcended sports, than it does for Judge, who is a currently active player whose has been playing in the bigs for only about a half-dozen years, and probably isn’t nearly as well known yet outside of sports. For another, even after rewording the prompt a couple of times, the bot was very finicky on when to include Judge—and often times, it didn’t look much like him.

Of course, the bot didn’t always give the best likeness of Ruth, either. Often times, it just gave me a generic fat guy wearing a baseball uniform. In fact, the bot had difficulty getting the uniforms right—or getting the right uniform number for either player.

Some of these images are downright bizarre. The Babe is often shown as being morbidly obese and a total glutton. He’s also shown as a downright deformed mutant in many of the images. (This seems to be a tendency with the bot when rendering human figures.) The bot even decided to race-swap Ruth in some of the images, making him look black—which was kind of amusing. What was disturbing were the images of Ruth with two heads, and Judge being depicted as some sort of nightmarish humanoid creature from the darkest depths of Mordor.

See for yourself, folks. Below are all the images the bot yielded for me. I apologize for the glut of them, but for the sake of completeness, I decided to include all of them; the good, the bad, and the butt-ugly. Enjoy—if that’s possible.

The ghost of Babe Ruth visits Aaron Judge in a dream

Aaron Judge meets the ghost of Babe Ruth in his dream

What do you think? Does Midjourney knock it out of the park, or does it goes down whiffing weakly? You be the Judge, Babe. (See what I did there?) Let me know below. 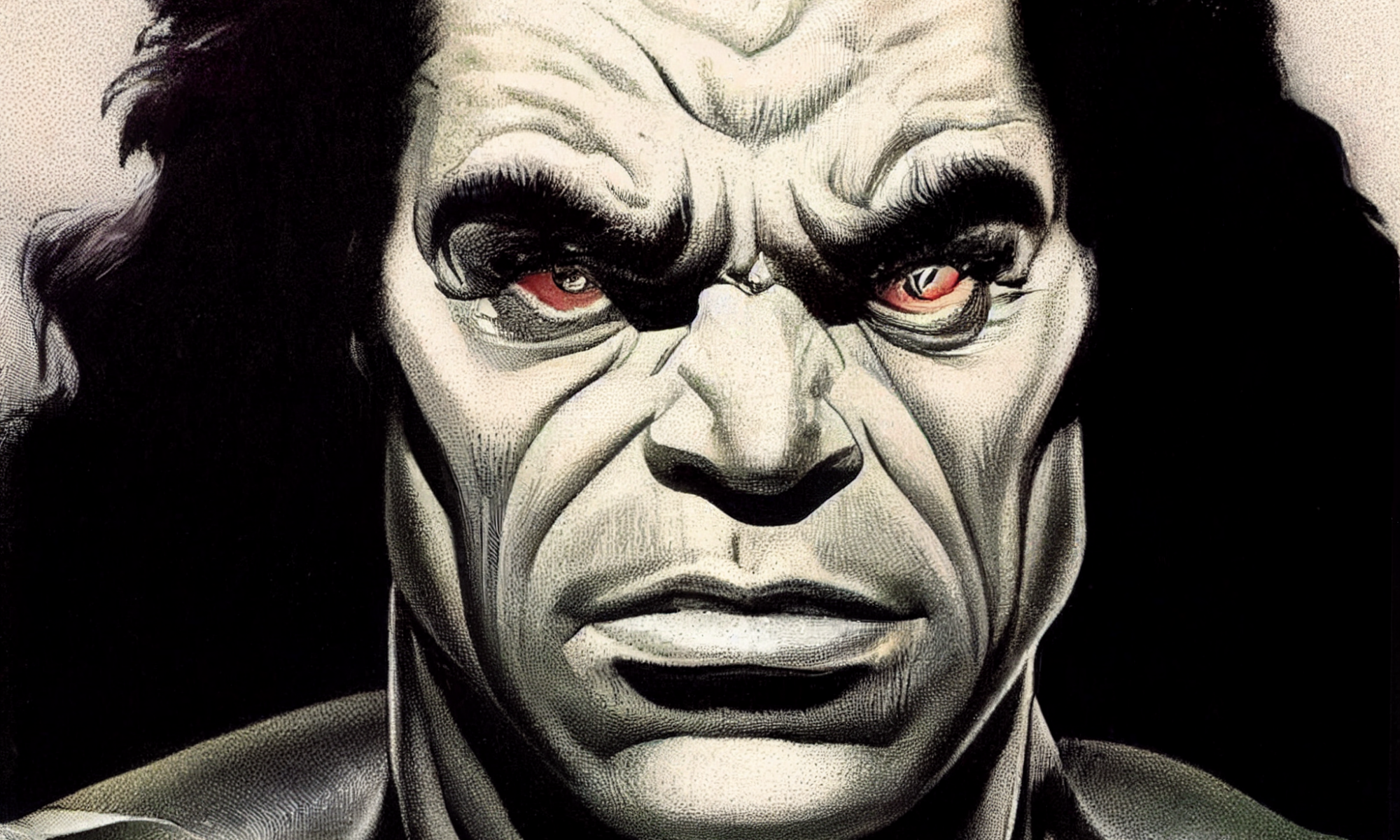 In my last post, I wrote about AI art bots and whether or not they were a threat to replace real human artists, using images generated by the Midjourney bot. The images were generated with the prompt, “Ronnie James Dio belted by gamma rays turns into the Hulk by Jack Kirby”. I’ve since learned a few things about the workings of this bot, and how to prompt to create the desired artwork. One of those things is a feature that was introduced after those original images were generated: the Remaster function.

The images below are examples of this Remaster function. On the left, are selected original images from the previous post, while to the right of each are examples of new images based on the original after being remastered. (Top and below respectively if you are viewing on a mobile device.)

What do you think? Are the remastered images better than the originals, or are they just different? Leave a comment below and let me know.